Sheffield City Region Mayor Dan Jarvis has sent out a clarion call for a bold New Deal for the North – challenging the government to live up to its promises and tackle not just the immediate COVID-related crisis, but the fundamental problems which have long held the region back.

The Mayor has written to the Chancellor, Rishi Sunak, demanding the government set out concrete plans to ‘level up’ the economy, at a time when billions in public investment are needed in any case to soften the economic blow from the COVID pandemic.

The Mayor is also calling for a radical shift of power away from Westminster to the North, including a strong role for local leaders in the Covid-19 recovery and clarity over a proposed statutory body for the Northern Powerhouse.

The call comes before a speech by the Prime Minister Boris Johnson early in July, which is expected to set out the government’s approach to Covid-19 recovery, and an emergency fiscal stimulus to support the economy.

It also comes 10 years on from George Osborne’s emergency Budget in 2010, which heralded the era of austerity – during which total public spending in the North fell by £6.3bn, more than any other region. Under current plans, London could potentially receive seven times more transport investment per head than Yorkshire. The UK has the worst regional inequality of any comparable country in the world.

In February the UK2070 Commission recommended the government commit an additional £200bn over 20 years to tackle that inequality throughout the country. Research suggests that rebalancing investment to strengthen skills, innovation, and transport could make the Northern economy £97bn bigger than it otherwise would have been by 2050.

The Mayor urged the government to seize the opportunity to Build Back Better, not just return to a deeply flawed status quo – so both the North and the UK as a whole can become stronger, fairer, and greener. In particular, he is calling for game-changing investment in:

Alongside investment, the Mayor called for the government to double down on devolution, with a fundamental shift of powers away from Westminster as part of a national conversation on reform. In the short term, the government could start by: Mayor of the Sheffield City Region, Dan Jarvis, said:

“The North has suffered badly from COVID. But even before the pandemic, our potential was being squandered. This neglect has been an act of national self-harm that has hurt the whole country, not just us. It is past time to stop this waste.

“COVID of course is the immediate concern. We urgently need a massive stimulus to create jobs and help people and businesses. But even these short-term actions must support much bigger goals. It is not enough to return to a deeply flawed status quo: we need to build back better.

“The three transformations I am working for in South Yorkshire are relevant across the North: an economic transformation to create not just a bigger economy but a better one, centred around high-tech and high-value re-industrialisation; a green transformation to decarbonise our economy, improve our environment, and revolutionise our transport; and a transformation of wellbeing and inclusion, raising our quality of life, reducing inequality, and widening opportunity.

“To put it simply: we need a New Deal to make the North stronger, greener, and fairer. But this is not just about money. A plan for the North must also empower. It must be done with us, not to us.

“These are difficult times, but they only strengthen the case for a New Deal for the North. Now is not the time to retreat: now is the time to act. If the government has the vision to seize this moment, we can make this the start not just of a recovery, but of a renaissance.”

“There is an urgent need for further fiscal stimulus if the country is to return to economic growth, even in the mid-term. As a vital element of this government has to address the levelling up agenda between the north and south. Locally this must include bringing forward infrastructure investment, including projects like the Gateway East rail project connecting Doncaster Sheffield Airport and other development sites to the East Coast Mainline, a new hospital for Doncaster and projects linked to the low carbon agenda including green housing.

“Despite significant work that has been undertaken this last decade to kickstart Doncaster’s economy, we remain a borough that is vulnerable to significant economic shocks. This means that Doncaster and the wider Sheffield City Region may be disproportionately affected by the downturn. Local partners are crafting strong recovery plans and remain highly ambitious for our economy and communities, however we now need national government buy in and resource to support those aspirations.” 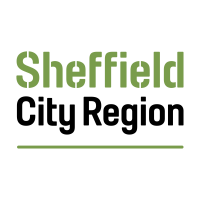