March 04, 2021
Member News
Doncaster-based Ecofficiency’s unique approach to cutting waste has seen it win a prestigious award from a national house builder – and an expansion into its sites across the UK.

The waste management company has been awarded Redrow’s Supplier of the Year for its north west region.

Ecofficiency has reduced Redrow’s waste output by 45% and generated a similar amount of cost savings after it began managing the segregation, disposal and recycling of waste at housing development sites across North West England.

This has helped Ecofficiency win new business with Redrow in five additional regions across England and Wales.

Neil Howard, commercial director at Redrow NW, said: “Ecofficiency is this year’s very deserving winner of Redrow’s Supplier of the Year in the north west.

“We’ve worked with Ecofficiency now for two years and in that time they’ve played a vital part in helping to reduce waste output at our developments by 45%.

“This is a fantastic result and we are proactively working with Ecofficiency on further recycling initiatives.”
Ecofficiency, which is based close to Doncaster Sheffield Airport, has recently added to its 53-strong workforce as it continues to expand the provision of its waste management and recycling services.

Simon Raven, Managing Director of Ecofficiency, said: “We’re delighted to have won supplier of the year after entering a very productive partnership with Redrow NW which has seen us use our innovative process to substantially reduce its waste intensity, generating major cost savings in the region of 45%.

“The results clearly demonstrate that when working with a customer that is fully engaged in this process, our unique approach to managing the reuse and segregation of waste on site will significantly reduce waste output and costs.

“It is very gratifying that our success with Redrow NW is being recognised by other regions in their business and we have now extended our managed service to five other regions across the UK.

“We are supporting Redrow in their North West, Southern Counties, Midlands, South Midlands and Yorkshire regions, and across South Wales. There are further improvements planned across Redrow’s regions which will help it to further reduce its waste intensity.

“Ecofficiency has actively recruited new members of staff in recent months to accommodate the expansion of the company, and we are about to recruit more people in operations, supply chain management and IT development as our business continues to grow.”

The awards celebrate teams and suppliers which have delivered an excellent customer service, quality and health and safety. They were voted for by Redrow’s construction, commercial and customer services departments.

As part of their prize, Redrow NW made a donation to Ecofficiency’s charity of choice, The Eve Merton Dreams Trust, a cancer charity based in Doncaster. 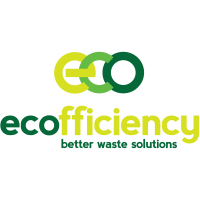