The Language of Doing Business in the Far East


Thus far in this initial series we have glimpsed at many aspects of conducting business in the Far East. There are numerous challenges and each one is really an opportunity. It is often very daunting to encompass all the different aspects which must be understood and considered into an overall process. Some potential business expansions stop without attempting the jump over the first hurdle. They find it too daunting.

Other adventurous types trudge on and just when they feel they have gotten on top of things they realise that turning to look at the next country requires them to effectively start all over again. Enter the overall specialist who is literally a generalist who can adapt to each situation because he has practiced this for a long time. The gap between the least developed country and the most modern is vast and having a degree of knowledge to build on for and within each culture is a significant asset.

If you are at this point, where you say yes we want to do this and begin your exciting journey you really need to pay attention to the languages involved where you intend to operate. That also means the languages where your markets and customers will be.

Languages in Asia seem strange to westerners. There are main languages and a plethora of sub languages or dialects to deal with in each area or country. In one way so what; you will be able to communicate. On the other hand you need to communicate effectively to your audience. Their understanding is essential. Expertise is the key.

Words, as such, may be translated between any two languages anywhere.  But getting the tones right and using the correct styles and idioms is paramount. I am sure you have used an online translation service provided by any of the big providers. Between western languages these are effective but they become very amusing when you translate sentences between say Thai and English or Chinese and English. Use of the wrong tone can actually change the meaning of what you are saying. There are words in, for example, the Thai language that are pronounced in a way which sounds the same, but the meanings are actually different because the tones vary.

Our manner and tone can convey annoyance or conviviality when we speak. But here the printed word would fail. Our body language will tell our listener far more than the words we are speaking. If we now extend that concept to business discussions and negotiations there could be much to lose. The message is that it is vital to have a professional communicator for all your operations when you start to expand your business into the Far East. This runs across all aspects from initial marketing to contract formation and negotiation.

It will be considered charming if you care to learn a few words of local language where you are going to visit. The locals will be thrilled that you have bothered and taken the time to try and embrace their culture. My personal attitude is always that they owe me nothing; in fact they actually do not need me. If I ask for help the reception is far warmer than if I demand it, even through the use of my body language. But theirs is the expertise, and survivors who realise this will become thrivers in Asia. 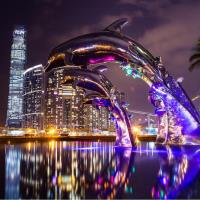